Heartburn or acid reflux is something that affects millions of people in the US alone.

Despite the name, heartburn does not have anything to do with your heart. However, because of the intensity and location of the pain, it sometimes can be mistaken for a heart attack. Heartburn describes a burning sensation behind the breastbone that also may be felt up your throat or in your upper abdomen and occurs most often after eating. Stomach acid will irritate the esophagus as it comes up from the stomach because the lining of the esophagus does not have protection against stomach acid.

There are several factors that can cause heartburn. An incompetent lower esophageal sphincter or LES may be involved which is the muscular valve that keeps the stomach acid contents from refluxing back into the esophagus. This valve normally opens to allow food contents and liquids to pass through into the stomach but should stay closed the rest of the time. There may be certain environmental or food triggers involved that reduce the pressure of the valve to keep it from closing. Increased volume and pressure in the stomach can also lead to stomach contents including acid being forced through the LES and into the esophagus after eating. Many factors can contribute to this such as general obesity, pregnancy, overeating, low stomach acid, bacterial overgrowth in the small intestine and hiatal hernias.

You may want to consult with a qualified health practitioner to explore further the cause(s) of why you are getting heartburn.

The following are 3 simple treatments that you can use to aid in digestion and gain some relief from heartburn:

1 – Apple cider vinegar – This is used to increase the flow of digestive juices and stimulate the secretion of enzymes if the cause of your heartburn is from low stomach acid. This can be taken right before meals by diluting a little in some water.

2 – Bitter herbs or bitters – herbs like gentian root, anise and ginger can be used to stimulate and improve digestion like the apple cider vinegar. These can be taken in a small amount of right before eating.

3 – DGL or deglycyrrhizinated licorice – This is a licorice supplement with the glycyrrhizin removed. The chewable form of DGL can be taken with meals to soothe and heal the esophageal lining to gain some relief from acid reflux. 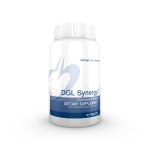