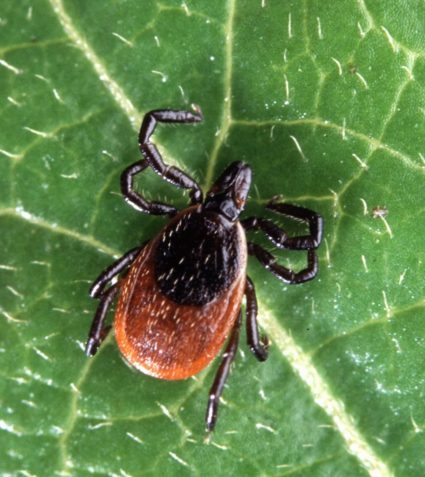 When:  5:00 pm – 9:00 pm
Where:  In the Ballroom of the Westside Campus Center, Western Connecticut
University, West Side Campus, 43 Lake Avenue Extension, Danbury, CT

Cost:  FREE! For more information go to www.lymeconnection.org
We will be educating the public on an Integrative Natural Medicine approach to Lyme Disease treatment at our booth, and providing free pain and stress relief treatments at this very important conference. Open to the public, there will be a host of guest speakers, practitioners, and other service and support related businesses sharing the latest information on the testing and treatment of Lyme Disease. If you live in Connecticut, you shouldn’t miss this Conference!

By James Groh SYRACUSE, N.Y. – (NCC NEWS) – Be careful when you go outside this summer. Experts say that there will be an increase in the population of ticks that carry Lyme disease.

“We are predicting that there will be more ticks with the bacteria that cause Lyme disease,” said Felicia Keesing, professor of Biology at Bard College.

The reason for the population spike is a result of multiple reactions to natural events in nature over a two year period.

First, oak trees will molt a higher number of acorns than usual. These nuts are a food source for mice. As the number of acorns increases, the surrounding habitat becomes more sustainable for larger populations of mice. Ticks are attracted to mice. Since there are more mice in a given area, there are also more ticks. What exacerbates the issue is when the ticks lay their nearly 3,0000 eggs. Those larvae hatch, which results in a spike in the tick population. Then Keesing says, “when a tick feeds on a mouse it has a 90% chance of getting infected with a Lyme bacterium. When there’s a lot of mice that leads to a lot of infected ticks.”

As shown by the map, the Midwest and the North East are expected to have the highest threat of Lyme disease. Ticks are attracted to woodland areas. Also, this map is meant to represent the general areas of where Lyme disease risks are the highest, not the risk for a specific year.

Unfortunately, there isn’t much that can be done about this issue. However, there are measures people can take to reduce the risk of getting infected.

Brian Leydet, a professor at the SUNY school of Environmental Science and Forestry, says the best way to avoid getting bit is by what he calls primary prevention.

Leydet says people should wear long clothing that is a light color so it’s easy to spot ticks. Besides that, he suggests regular tick checks after going outside and thorough showers.

There isn’t much that can be done in the long run either. This spike is a part of a pattern that happens every three to five years and will continue into the foreseeable future, says Keesing.

This is part of the reason why the Tick Project, which Keesing is a director of, is trying to find ways to prevent Lyme and other tick related diseases.

It’s not just that this year is bad. Keesing says Lyme disease is always an issue, but it’s augmented during population spikes.

“Every year is a bad year for Lyme. This is just worse than bad,” she said.